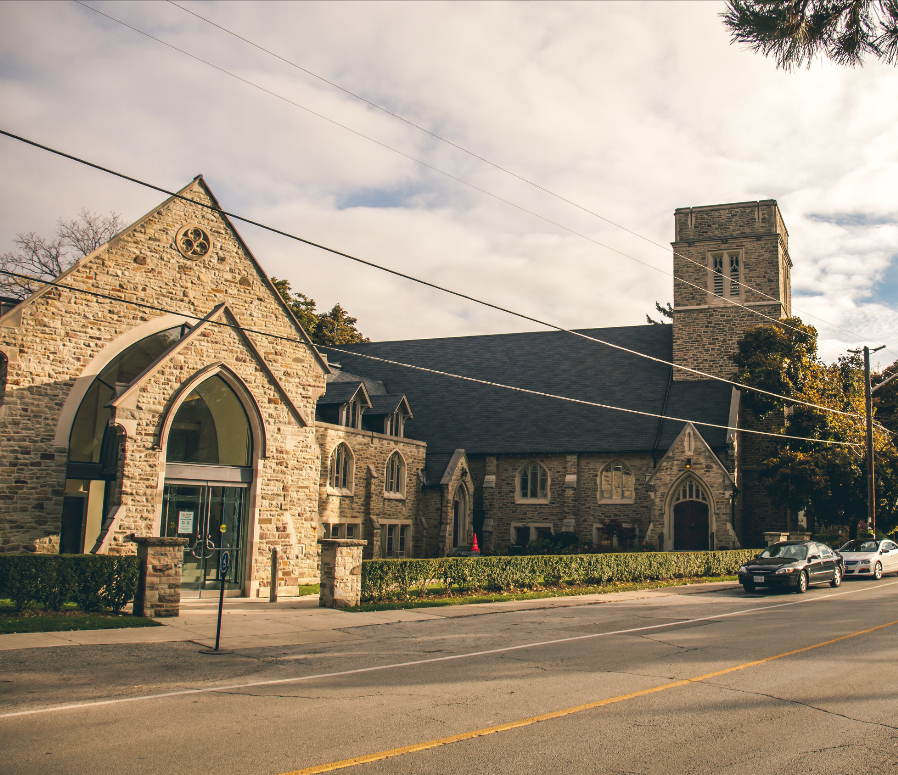 The cornerstone for the church building was laid in 1936, but our roots date back almost a century, to our Methodist heritage.

February 9, 1845 - the opening service was held at the Lambton Methodist Chapel, which stood where 565 Prince Edward Drive is today.

March 3, 1878 - Lambton Methodist Church opened at what is now 4160 Dundas Street West. Sufficient funds were raised at the opening service to write off the debt of $300. The “rose window” may still be seen above the storefront from the south side of Dundas St. (update: this building and window were taken down after a significant fire in 2020).

February 28, 1937 - the opening service of Kingsway-Lambton United Church was held with an overflow congregation. Sunday School classes were held in the kitchen and furnace room.

May, 1942 - the transepts (extensions forming the ‘T’ or cross shape) along with a Sunday School wing were completed. The lot next door was purchased in 1943, on which the Rev. Wilfred C. Lockhart Chapel, honouring the Rev. Wilf Lockhart. The West Wing was completed in the 1950's to accommodate a burgeoning congregation.

2006 - renovations were completed, including the light-filled west entrance, glass doors, the elevator and lift, and accessible washrooms. The main kitchen equipment and several meeting rooms were upgraded.