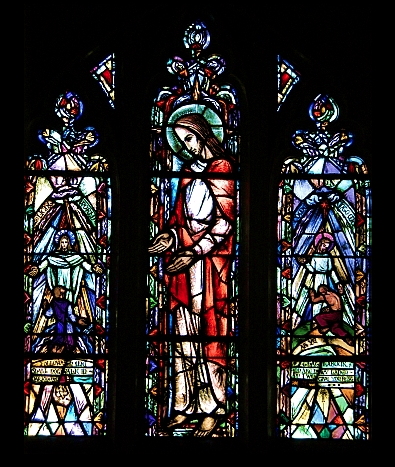 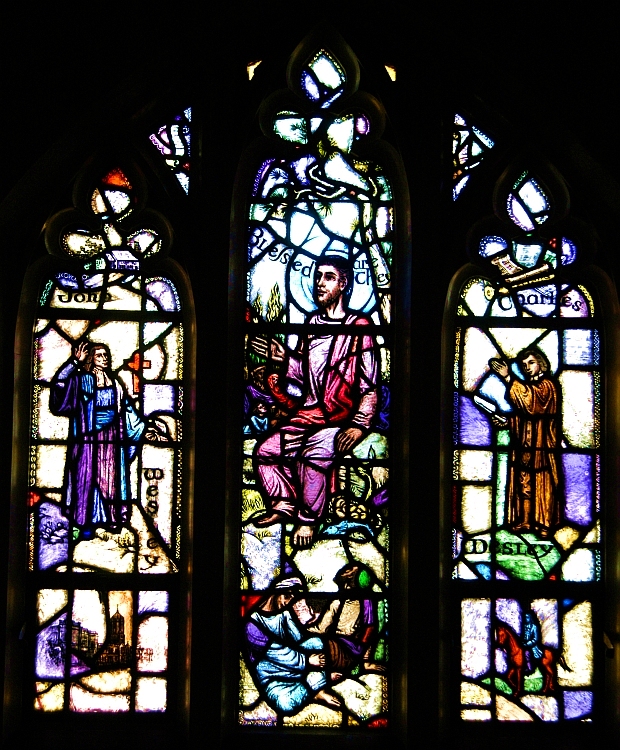 Description:
The central panel of this window depicts Jesus' teaching of the Sermon on the Mount. The other two panels reflect our traditional background, our inheritance through Methodism.

Detail from windowIn the left side is John Wesley, the preacher. The image above his head may be St. Mary's Church where he first preached, and in which churchyard he is buried. At the bottom of the right hand panel is John Wesley on horseback, because serving as an itinerant minister, he did most of his travelling in this manner.

In the right hand panel is Charles Wesley, John's younger brother, who was a partner with him in the evangelical revival of the eighteenth century and was, of course, the great Hymn writer. Above Charles is depicted a musical instrument and some sheets of music.

At the bottom of the left hand panel is a drawing of Christ Church College, University of Oxford, the college which both men attended, and the college where Methodism had its origin.

This window, therefore, reflects our Methodist tradition in the United Church. 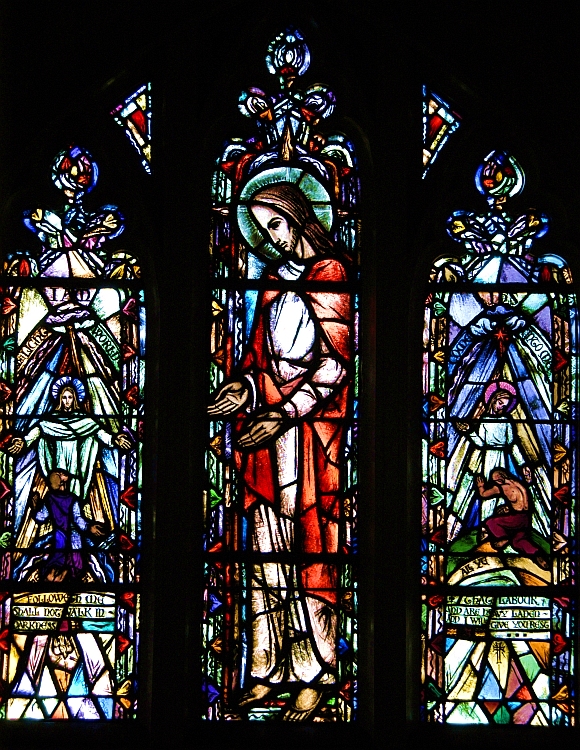 Artist: Yvonne Williams
Theme: I am the Light of the World.
Size: 16 sq. ft.

Description:
The central panel shows the figure of Jesus with outstretched hands. The nimbus (halo) around his head indicates His coming as The Light of the World. Jesus welcomes the weary soul who is bowed before him at His feet.

Notes:
This was the third window to be donated to the Church. The first was the East Transept and the second was the Sanctuary/Chancel. 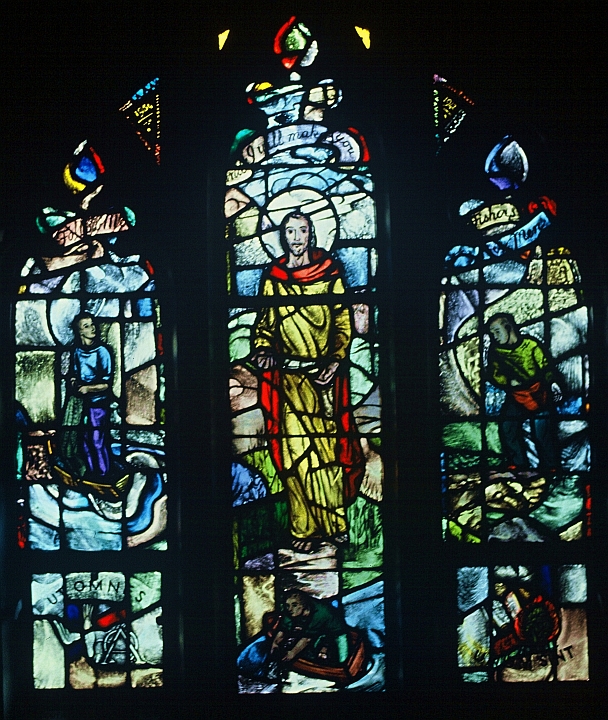 Artist: Yvonne Williams
Theme: Follow Me and I will make you Fishers of Men.
Size: 16 sq. ft.

Description:
Dr. Barker had been a devoted minister of the Church for many years. This window depicts his devotion to Christ. The central figure is Christ inviting men to follow in His service.

On the left is the figure of a fisherman, since many of the early disciples were called from among the fishermen of Galilee. On the right panel is a farmer sowing his seed, symbolizing the preaching of the Word. Down below the central panel is a fisherman seated in a boat, pulling in his net.

Notes:
Reverend Dr. George Wesley Barker, D.D. was the original minister of this congregation from its founding. He was minister from 1934 to 1942. The window was given by a number of his friends in the congregation who contributed to a fund following his death, as a memorial tribute to him and his service to the congregation and as part of the building he had helped establish.