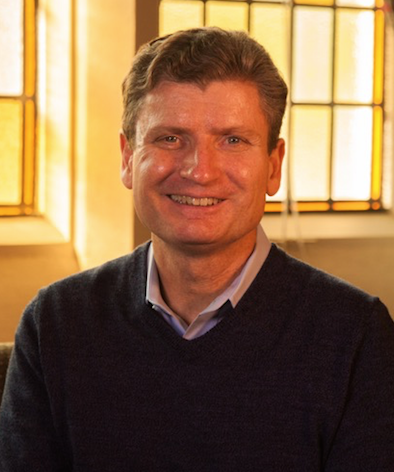 The Rev. Hugh D. Reid, B.A., M.Div. was born and raised in Hamilton, ON. His gifts as a speaker were recognized early and honed as a finalist for Ontario in the National High School Public Speaking competition held in Yellowknife, N.W.T., and as a member of the debating team and Hart House Debates Committee at the University of Toronto.

He received an Admissions Scholarship to the University of Toronto where he attended Victoria College, studying English Literature and Economics. He spent summers working in Hamilton textile and steel mills and took a year off to work at a saw mill, in the bush, near Prince George, British Columbia. He graduated from Victoria University and completed his Masters of Divinity at Emmanuel College, graduating first in his class, the recipient of the Sanford Gold Medal in Divinity with a post-graduate fellowship.

Hugh has been a minister of the United Church of Canada for over twenty-eight years serving three pastoral charges. He has been Coordinating Minister at Kingsway-Lambton since 2001. His preaching has taken him from Jamaica to Muskoka and many points in between. He has also served as adjunct faculty in Pastoral Care and as a Teaching Assistant in Systematic Theology at Emmanuel College.

Hugh spent two and a half years in full time doctoral work in Systematic Theology at the University of Toronto. Those studies gave way to competition from a growing family and a growing congregation. He continues his scholarly endeavours, however, as a speaker, leading workshops, giving papers, reading avidly, and as a Director of the Karl Barth Society of North America centred at Princeton University. He also serves as a site educator for Field Education students from Emmanuel College and has been a guest lecturer on preaching at Wycliffe College, University of Toronto.

His sermons, academic papers, and articles have been published and referenced in a number of journals including: Theological Digest, The Toronto Journal of Theology, the Asbury Theological Seminary's Online Institute, Touchstone, and Words on Fire, a book on preaching by Paul Scott Wilson.

In the last few years, Hugh has been Keynote Speaker in Niagara Falls at their “Jesus the Centre” conference; the preacher at the annual Ancaster Ecumenical Service at Redeemer College (churches in Ancaster close for one Sunday to worship together); and took part in an ecumenical series of Lenten Sermons in Markham churches. He’s a frequent participant in Timothy Eaton Memorial’s summer “Festival of the Word” and summer churches throughout Muskoka. Hugh has also done a little hymn writing with Ruth Watson Henderson, the recently retired organist of Kingsway-Lambton. Their “Covenanting Hymn” was printed in Gathering; their golfer’s hymn is in wide use.

Beyond the local church, Hugh has served or serves: on the Board of L'Arche, the Canadian Bible Society, Victoria University Board of Regents, and is a member of the Victoria College Chancellor's Council. He’s also swung a hammer with Habitat for Humanity.

He spends as many Mondays as he can golfing. He is a popular and much requested speaker with a passion for sharing the good news of Jesus Christ and serving his local and wider world, in that truth and hope.

Hugh is married to Esther, and they have two children, Heather and Will.